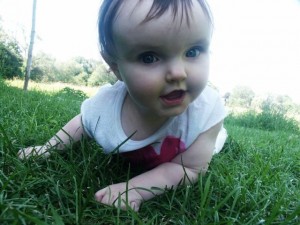 My papa is a bit of a photo nut so, somewhat reluctantly, I agreed to pose for him on our last outing. He needs a bit of training on composition, lighting and a few other technical aspect of fashion photography but, in the end, he managed to get off a few passable shots. This is his favourite…

Do you think it makes my head look fat? 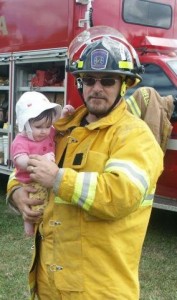 So it turns out, after all, that my paternal unit isn’t such a dweeb after all.  I was concerned when I found out he was a computer dweeb … I mean, how could he possibly take care of my needs when he makes such poor career choices? But then I discovered that he moonlights as a volunteer firefighter… now that’s a real job. I imagine he gets paid mucho dinera for that!

I’m relieved, frankly. It would have been really awkward dragging my bones to the first day at pre-kin knowing that my answer to the perennial “so what does your father-figure do?” question would be “well… he’s a dweeb”.  Now I can say, with some pride, that he’s a highly paid volunteer firefighting dude.